Luminaires manufacturer Industria Lighting is back

“Even in the horticultural industry, the one-stop shop is a trend”

Richard Schmidt and Ferry Breeuwer started developing a new light fixture in May of 2018. Now, one year later, that fixture is already being installed in several Canadian, Australian and Dutch greenhouses. Notable about the new strategy used by Industria is the exclusive collaboration with the installers PB Tech and Stolze. Ferry: “As OEM-suppliers (Original equipment manufacturer), we can focus on production and product development.”

Although Richard and Ferry had the plan in mind already, it was the demand from the market that led them to take this step. “The commitment from both sides convinced us to go for it. Our services are fully tailored to our distributors.”

Ferry thinks that the work method is characteristic of the current market. “A change is going on with horticultural installation companies. They are becoming ‘system integrators’ more and more. Their role is changing. Where they used to mainly offer installation parts for horticultural technology, they now offer a complete package. They bring a variety of subsystems to one system to ensure all of the subsystems functioning together as one system. For the growers, this means there is only one contact person for all of the parts, which is very practical. Even in the horticultural industry, the one-stop shop is a trend.

The light fixture is developed in cooperation with the Odacon firm, with the same engineers as the ‘old’ Industria. “We were done in December. The CSA and CE certification was handled quickly, and the production started.”

This happens in the Patijnenburg production warehouse. A conscious decision, says Ferry. “At first, we wanted to start our own production line, but due to the knowledge already available here, the short lines in the Westland and, last but not least, the fact that it fits nicely within our CSR -plan, we decided to have our production line at Patijnenburg.”

Lean is a business strategy, and most of all, a way of working in which everyone and everything in the company aims at creating value for the customer in all of our processes, Ferry explains. “To do this, wastage is being limited, and the customer becomes the central focus point. In doing so, the quality improves, lead times are shortened and costs are reduced.” For Industria, this strategy leads to: Traceability. It is one of the keywords in the production space. Both the lamps and the drivers, as well as the reflectors, are equipped with a QR-code.

Electronics are very sensitive to electrostatic discharge. The discharge causes invisible damage and Industria does everything in its power to prevent this. An antistatic ESD-floor has been placed in the production space, and everything is grounded. Of course, every light fixture gets tested. This is not done by using a real lamp, but with a dummy. Ferry: “This is safer and faster than the conventional testing method. Also testing with a real lamp isn’t good for the lamp itself.”

Poka Yoke is Japanese for Mistake Proofing. Poka Yoke is about countermeasures that prevent mistakes from being made and because of that is used a lot in companies that work Lean. “The fun thing about Poka Yoke is that the solution is often simple. For Industria this means minimalizing the risk of assembly errors. The different colored wires, as shown in the picture above, are a good example of this.”

The lamp heater in the reflector lengthens the life span of the lamp and the reflector. The critical components of the lamps are heated by it, which is especially important during the start-up phase. The heater could be removed after around 7,000 hours of being used.

The HPS luminaires are a proven product. The technology of HPS has been developed to now create a problem-free light fixture. Ferry: “Although the set-up is different, at its core it’s the same. After all, this light fixture has proven itself. What works, works. You shouldn’t want to change that too much,” Ferry says. “For HPS fixtures, there is still a large market. LED is coming up, but is still not quite there yet. Although the stretch is gone, as far as innovation is concerned, HPS still has a couple of years to go.” 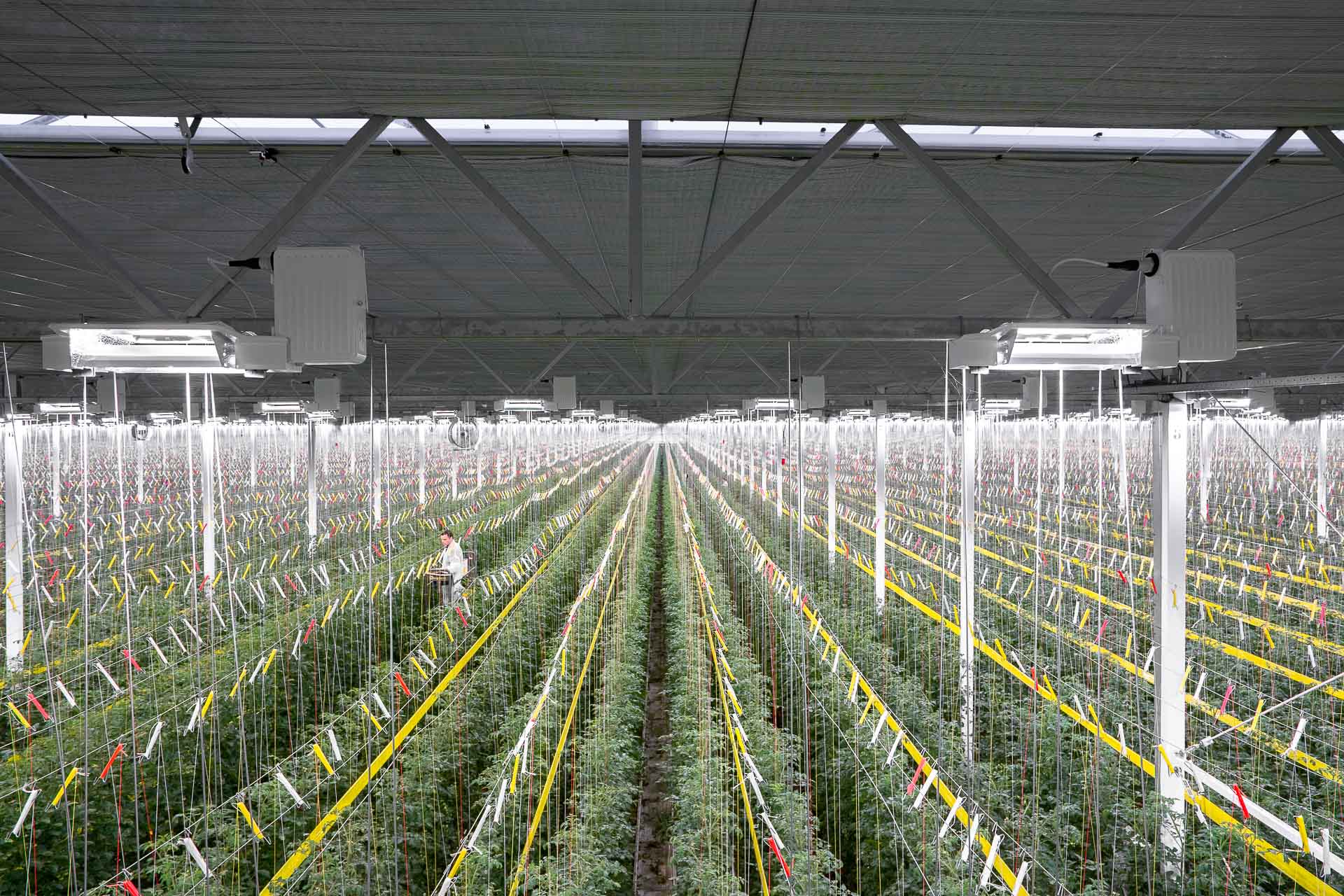 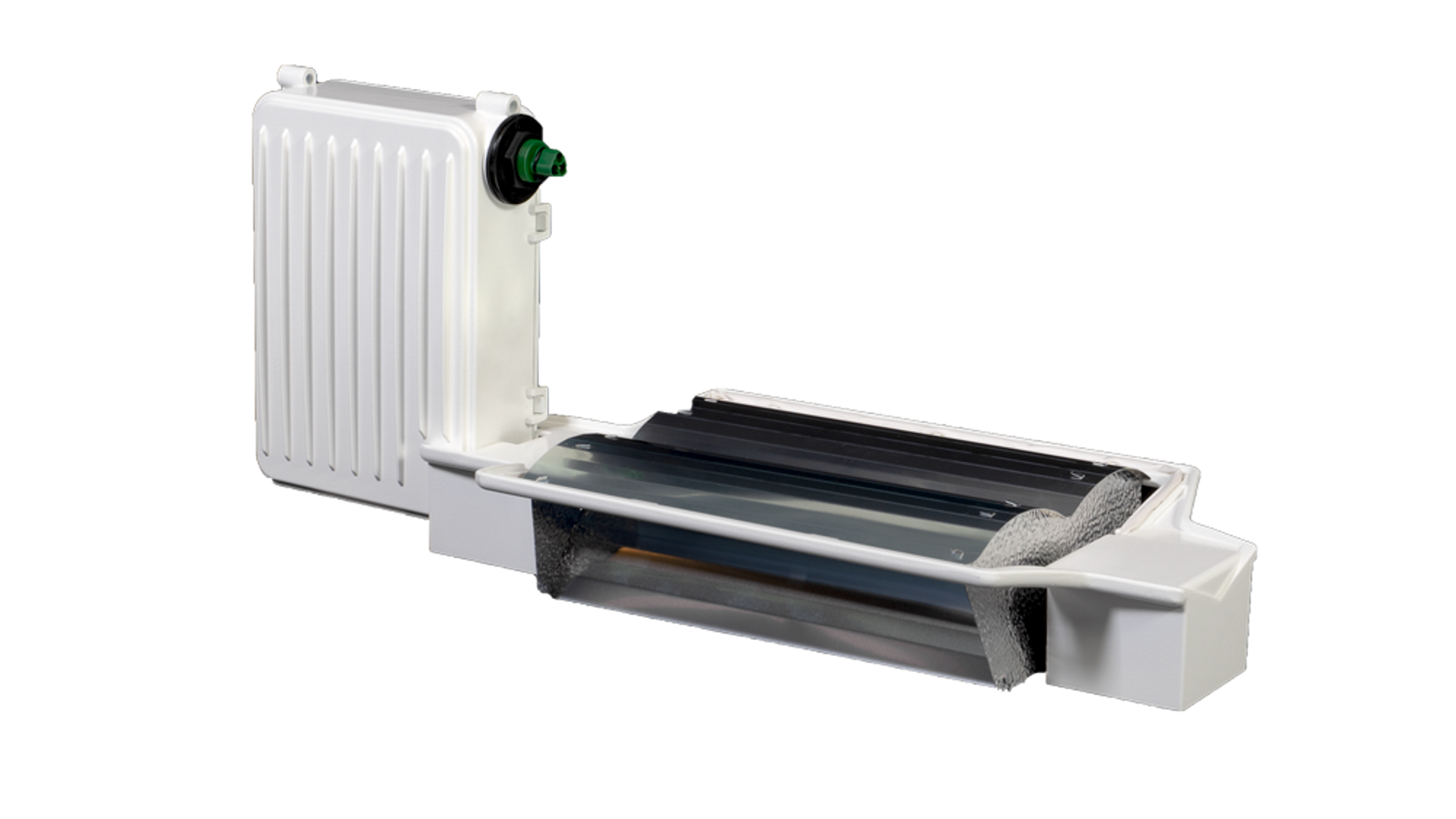 Has been developed by professionals

Fill in this form and we will contact you.

Thank you! Your submission has been received!
Oops! Something went wrong while submitting the form

This partnership is a special investment on a social level

World first in horticulture sector with hybrid lighting installation; a combination of HPS and LED lighting

A unique moment for our installation partner Stolze

Bringing research and market together in new Syngenta demo greenhouse